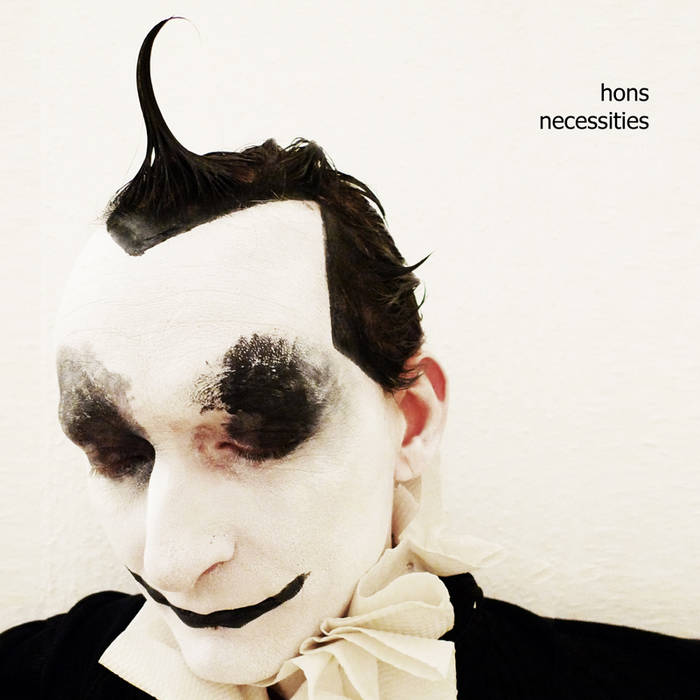 hons is a Vienna-based electroacoustic musician with a knack for experimental sounds and gritty trip-hop grooves. His latest full length album necessities both brims with industrial sounds and creepy psychedelic rants and encompasses all of the elements of a great down-tempo/trip-hop album that shines in a very dark way.
Necessities is not for the faint of heart, but the album wouldn’t be as sonically uncompromising or convincing if hons tried to be all things to all people - an audio excavator, plunging deeper into the harmonic regions of darkness in order to extract the hope and sensitivity buried far beneath the surface.
For trip-hop fans looking for a little more ‘space’ in their diet, Necessities should satisfy that taste hands-down.

Track Name: feel
so you drew happiness out of my little smile
i kept my fears neatly tucked away just for a while
frozen in wonders i tie an intricate dream
thought you could tell me what happened in between the moment
we met and the moment we parted
i think some scary shit has just been started

all of a sudden i feel

my head falling silent, my armor falls apart
smooth like a thief you´re sneaking into my heart
lost in mystical meaning i´m thrown into a twirl
of dread and desire, i was in love with you, girl,
the moment we met
and then the moment we parted
i knew the life of mine has just been started

all of a sudden i feel
Track Name: gloom
yet another night slowly fading away
and the morning kindly wakens in grey
yet another day in my wonderland of boredom
with my head in the sand
yet another way for my blues to bloom
it is what i do,
i am king of the gloom

yet another gnome sitting in my head
telling me seven ways to make gold from lead
yet another hug from eternity, and wisdom will descend upon me
yet another yawn from the time passing by
i am the king of gloom,
i fall but don't fly


dreaming up futures, feeling kind of enlightened
in a possible past i have never been frightened
of striking a pose too dandy to be decoded
with a cup of gin i get my matrix reloaded

but my colorful present does not know what was meant
with the secondhand past that must have been dreamt
by someone kind of enlightened, thinking in circles
striking a pose, with my head in the sand
in my wonderland

Bandcamp Daily  your guide to the world of Bandcamp

Featuring Oakland sounds from the Smart Bomb collective and Samplelov.